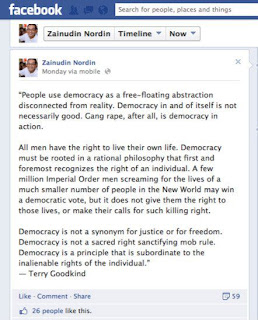 Is this the kinda of MPs that we want?
Is this the kinda people who claim to care for the citizens?
Is he trying to say we are living in a democratic society that does not have justice or freedom?
Is this the reason why money is being spent on expensive defamation lawsuits instead of helping the poor and needy? 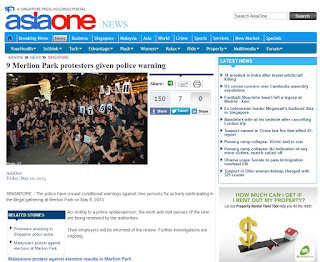 But our police decide to catch these Malaysians instead of this MP, isn’t that sedition or something? 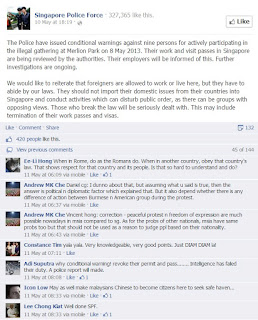 If a cartoonist can draw a cartoon and be charged of sedition then shouldn’t he be too?
Or one can quote freely as long as someone else said that before?