By Han Hui Hui 韩慧慧 October 05, 2011
On Monday, I didn’t have any supper before I get home. So I reached home at about 9:30pm which I caught about half an hour of this drama. 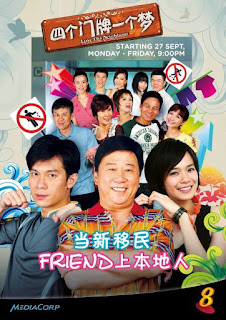 After that, on Tuesday and today, I watched them all.
One word – nice :D

My fren was like the guys are so useless and I was like please tell me which guy in the dramas produced in Singapore since I was born portrays guys as useful? I know critics are gonna show examples but look at the ratios.

Apple released another new product. You know, I used to change my phone like once every half a year? Or maybe even shorter. But ever since I know about all these, I’m still using the same phone. I’ve stop my addiction towards Smartphone games as well \(^.^)/

Anyway, came across this picture…